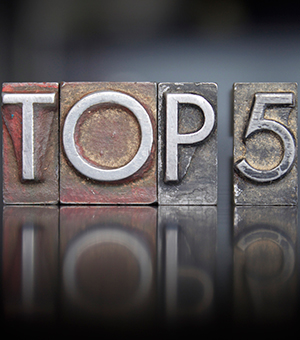 A new Department of Workforce Development (DWD) FAQ has spurned some confusion about the risk of a real estate firm to not carry worker’s compensation for its independent contractor real estate agents. See dwd.wisconsin.gov/dwd/publications/wc/WKC_10466_P.pdf. Since the change in the last legislative session, we have written about the modification, created an FAQ document of our own about the specifics of the law, and have even provided the statutory citation to insurance companies. But we thought it would be helpful to run through the five things to know about the topic.

1. Historically, many real estate agents have been independent contractors rather than employees. Most individuals become real estate agents because they want to have freedom in their work and basically be their own small business owner. If they are designated as employees, this impacts tax withholdings as well as the benefits required to be offered by the firm.

If the licensee meets the above test, then the licensee for all intents and purposes is an independent contractor.

The law does not dictate whether a firm has employees or independent contractors. If the firm hires employees, then the firm will be required to treat the individuals as such for taxes and benefits. Agents and firms always have the opportunity to enter into an employer/employee relationship. This law retains this option and ensures, for the most part, that the decision about which relationship to adopt should be made by the firm and agent — not by the court.

3. The WRA pursued legislation touting three major changes to clarify and secure the status of agents who choose to be independent contractors:

4. DWD’s previous interpretation could have been looked upon by a court as indicating an employee/employer relationship even if the agent met the newly created independent contractor safe harbor. Moreover, DWD’s interpretation of an employee/employer relationship appears to be unique and inconsistent with other federal and state laws, such as the federal tax code and the Affordable Care Act, which treat agents the same as independent contractors.

If the agent meets the tests in Wis. Stat. § 452.38, then the agent is an independent contractor, and a firm is not required to carry worker’s compensation.

Finally, after review by the WRA’s public policy committee, board of directors and an internal member task force, it was determined the independent contractor status needed to be protected, and the requirement to carry worker’s compensation insurance for agents was counterintuitive to that premise. In July 2016, Wisconsin joined 29 other states in exempting real estate agents from worker’s compensation coverage.

For a negligence claim to be made when an agent is personally injured off-site, the agent would have to try and connect that the firm has some sort of supervision requirement over the agent. However, Wisconsin’s firm supervision responsibilities were substantially changed during the last legislative session. The firm is required to supervise the brokerage service activities of each agent, and the statute lists specific activities. See Wis. Stat. § 452.132(1)-(4). That list does not include confirming the safety or condition of the property. Arguably, it would be very difficult for an agent to try and connect negligence to a personal injury off-site with the real estate firm.

However, like any business decision, there is a risk analysis that must be done. It is true that carrying worker’s compensation creates an exclusive remedy and reduces being sued related to an injury. However, if a person is an independent contractor, then they should not be able to hold a firm responsible for their independent actions even if a firm has some supervision responsibilities.

(1) Except as otherwise provided in s. 102.078, a licensee shall not, under ch. 102, 103, 104, or 109, under subch. X of ch. 71 or subch. II of ch. 111, under any other law or rule other than those specified under sub. (1m), or in any action or proceeding under the common law, be considered an employee of a firm if all of the following are satisfied:
(a) A written agreement has been entered into with the firm that provides that the licensee shall not be treated as an employee for federal and state tax purposes.
(b) Seventy-five percent or more of the compensation related to sales or other output, as measured on a calendar year basis, paid to the licensee pursuant to the written agreement referenced under par. (a) is directly related to the brokerage services performed by the licensee on behalf of the firm.
(1m) This section does not apply with respect to ch. 108 or any rules promulgated thereunder.
(2) (a) Subsection (1) applies notwithstanding the requirements and responsibilities of a firm under s. 452.132 and any rules promulgated by the board.
(b) Subsection (1) applies regardless of the licensee’s status as a supervising broker under s. 452.132 and any actions taken by the licensee as a supervising broker under s. 452.132.
(3) In the case of an individual who is engaged as both an independent contractor and an employee for the same firm, sub. (1) applies only with respect to activities covered under the written agreement referenced under sub. (1) (a).

Cori Lamont is Director of Corporate and Regulatory Affairs for the WRA.